Wowza, that was a densely packed year 2015 for me. Here is my short,long, personal review of the year:

Slow start into the year, attended a reading by Max Goldt at Zeche Carl (Carl Mine), a former mine and now event location, and even got a poster signed (yes, I’m used to my name being misspelled with a “k” in Germany): 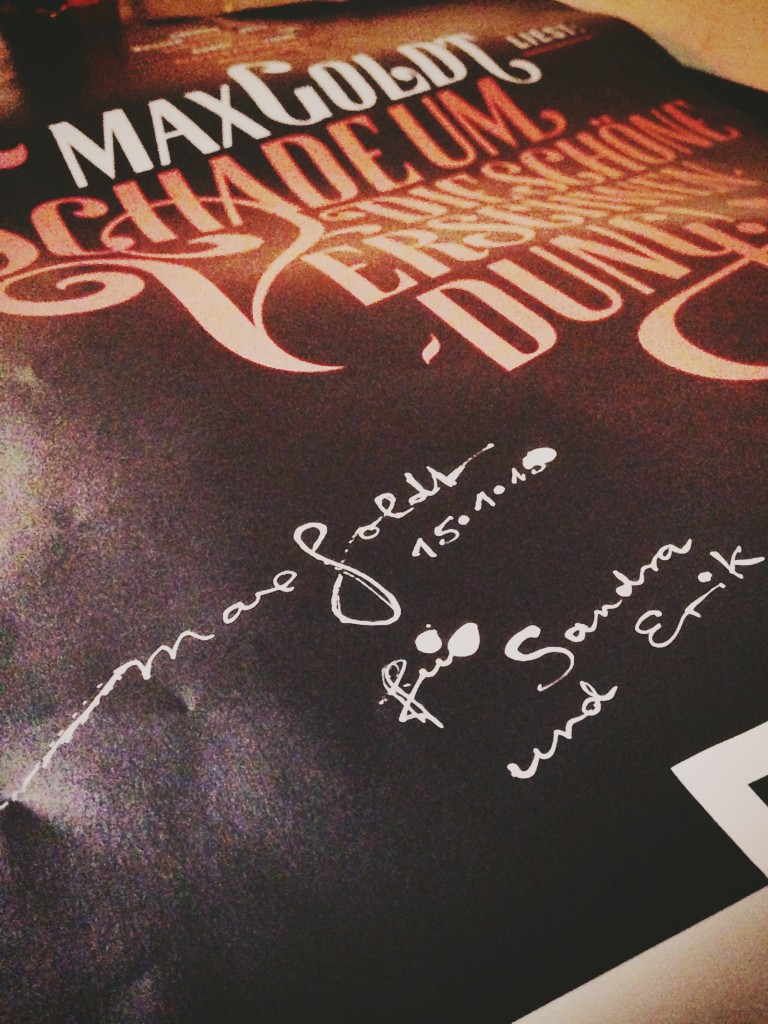 A week later we’ve been back to Zeche Carl to see the “Terje Rypdal Trio”. It was a nice evening of jazz music and very relaxing. Then winter happened: some snow fell from the sky on the 24th and we decided to do a nice hike through the snow: !Gull on a post More photos on Flickr.[/caption] ## February

February started with a huge disappointment: We had tickets for Tenacious D in the Paladium in Cologne. The concert itself was fine, but the venue is built in a way so that you are unable to see anything from farther back in the room. It felt like the money for the tickets was pretty much wasted. The weather on Valentine’s day was really nice and as it was a Saturday, we used the opportunity to do a hike and then had our traditional Valentine’s menu. !A walkway with trees More photos on Flickr.[/caption] The month concluded with an intercontinental flight to one of my most favorite cities: San Diego, CA for CSUN. As one of the best ways to cope with jet-lag is to just continue as if it is a loooooong day, we didn’t pass up the opportunity to visit a Nukem show in the Brick by Brick venue to see Norman Leggio of Psychotic Waltz play and have a chat with him. ## March

It was quite cold and rainy in the first days in San Diego, but I have been at the CSUN conference all day anyway. I met all the nice accessibility folks and it is always refreshing to speak to people face to face instead of over the phone. The conference went swiftly by, including my two panel appearances and a lot of small meet-ups and 1:1 discussions. Afterwards we rented a car and got out to the Anza Borrego Desert State Park. It was beautiful, with all the nice landscape, cactus blossoms and animal wildlife. We even got to see some of the endangered Bighorn Sheep. I am always blown-away by the sheer size of the park. I got to drive a nice SUV for the week and it came in really handy when navigating the dirt roads. !Cactus blossom More photos on Flickr.[/caption] For one day only, we returned to Ocean Beach in San Diego, saying goodbye to the Pacific. !Sea-Gull on the Ocean Beach Pier More photos on Flickr.[/caption] The rest of the month, we were occupied getting out of jet-lag and adjusting to the freezing temperatures in Germany… ## April

Slow-starting April had its first highlight with a Damian Wilson concert in Düsseldorf, which was really funny and entertaining, we will certainly visit again. 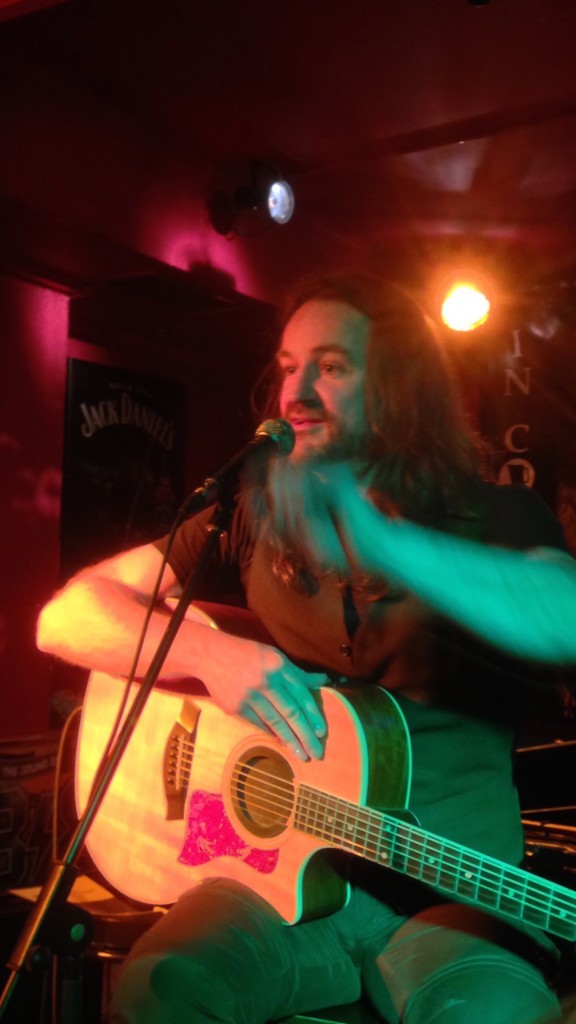 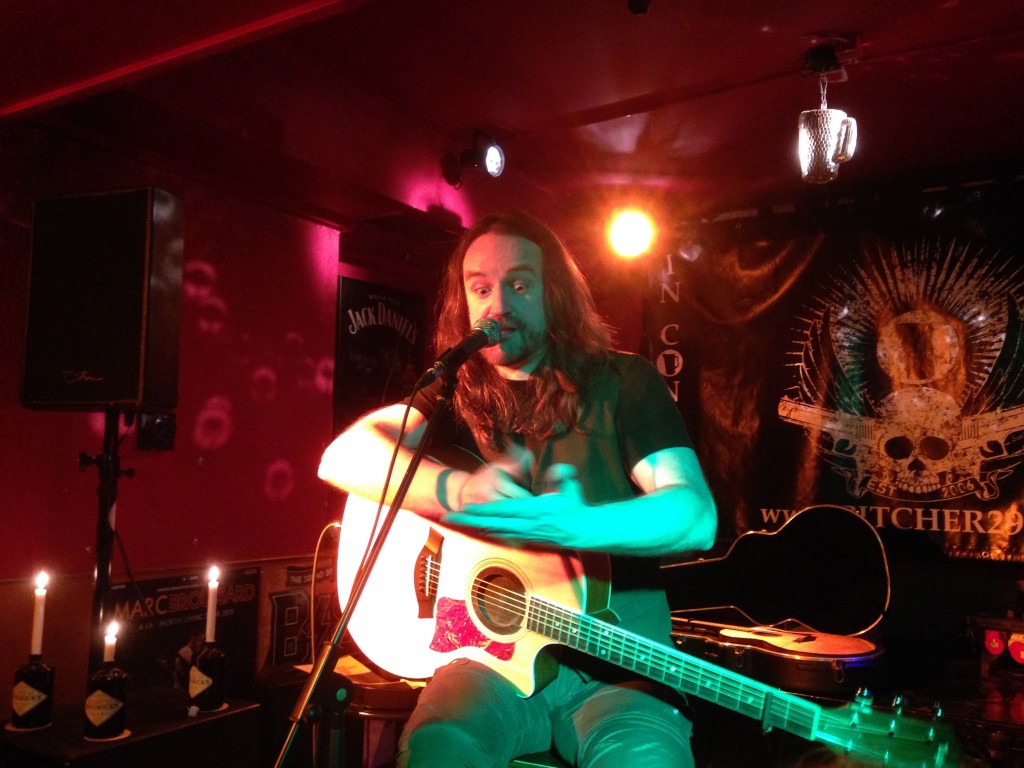 Then I hopped on a plane again, to Austria this time. I attended BarCamp Graz and met the students of the Content Strategy program that I lectured in the following weeks. As the master program is directed at people who are already in jobs, the lectures were on the evenings or weekends, so it had little impact on my usual work. It was a fun time and I think the students really took something away regarding multi-screen design and accessibility. To close off the month we needed to make up for the disappointing Tenacious D concert in February. Good that Kyle Gass visited with Kyle Gass Band, this time playing in the Turock venue in Essen. We got premium spots on the staircase and could see very well. An enjoyable evening. 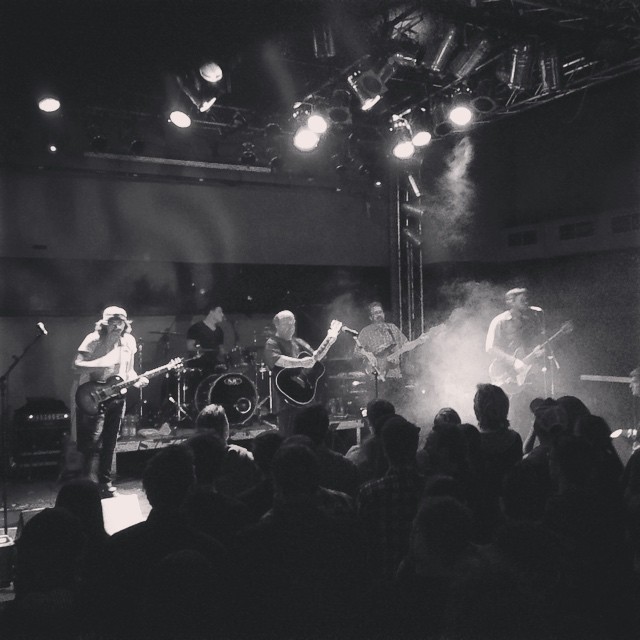 In May we visited the local botanic garden called Grugapark where we saw ducklings and goslings. !A Duck More photos on Flickr.[/caption] Just a few days later, I hopped on a train to Paris to attend the W3C@20 symposium, set in one of the nicest venue I’ve been to, and AC meeting. Another great opportunity to get into contact with the W3C members. !Thalys train to Paris More photos on Flickr.[/caption] And to continue the maniac travel, I again took the plane to the US, shortly after arriving from France. The destination this time: Austin, Texas. I was invited to give two presentations at the lovely AccessU conference and we did some light user testing of the How to Meet WCAG 2.0 prototype I worked on. In addition we had a two-day Education & Outreach Working Group meeting. I had half a day off and got to see a nice squirrel: 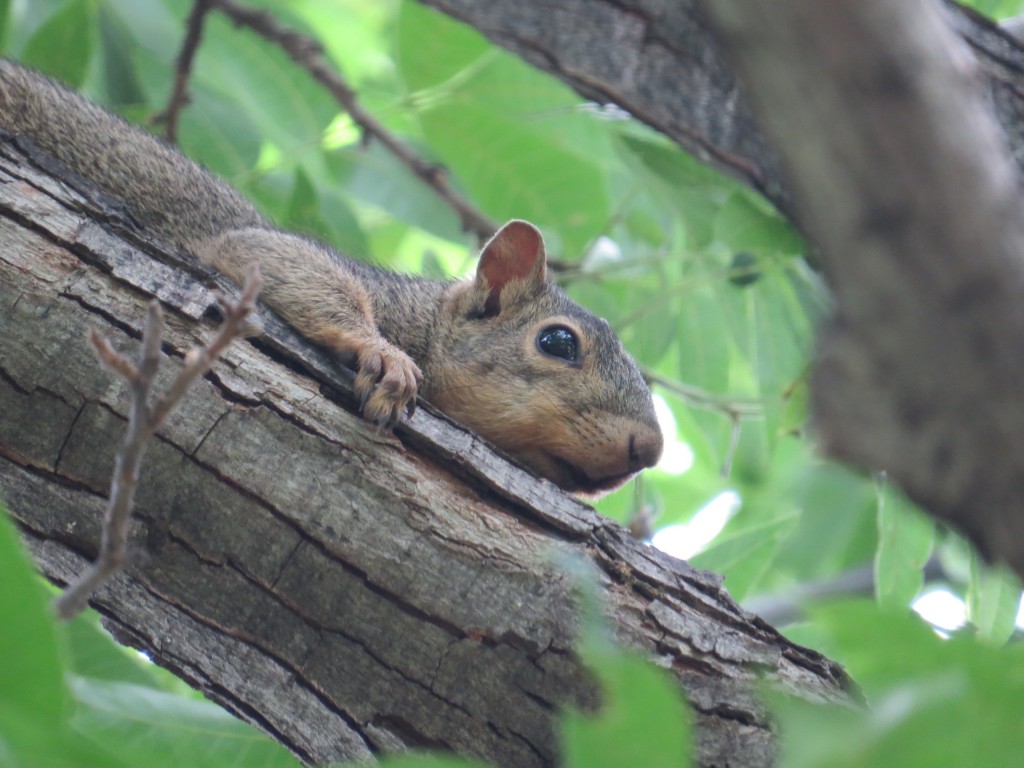 Of course there needed to be some more live music that month as well, and thus we attended the Rock Hard Festival, which is conveniently located just around the corner in the Amphitheater Gelsenkirchen. It was really awesome, three days of Metal and the festival allows for strolling around in the surrounding Nordsternpark. 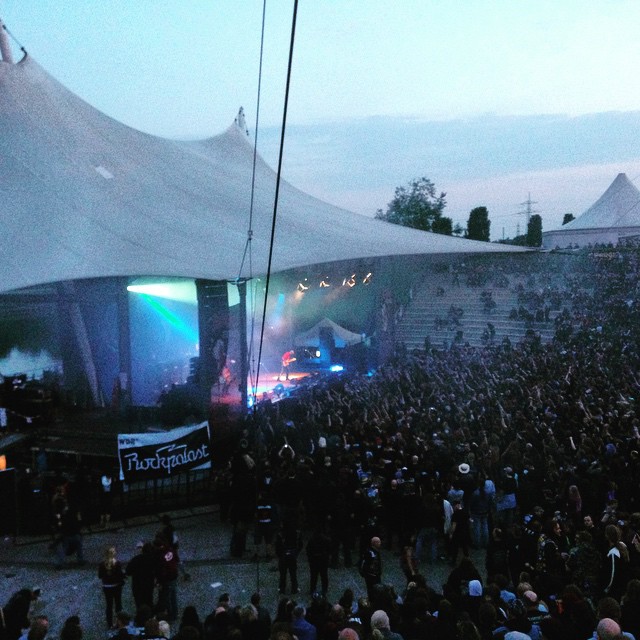 In early June, we took the opportunity to attend a Jan Delay concert that was “free and outside”. The concert was given at the nice world cultural heritage site of Zeche Zollverein here in Essen. 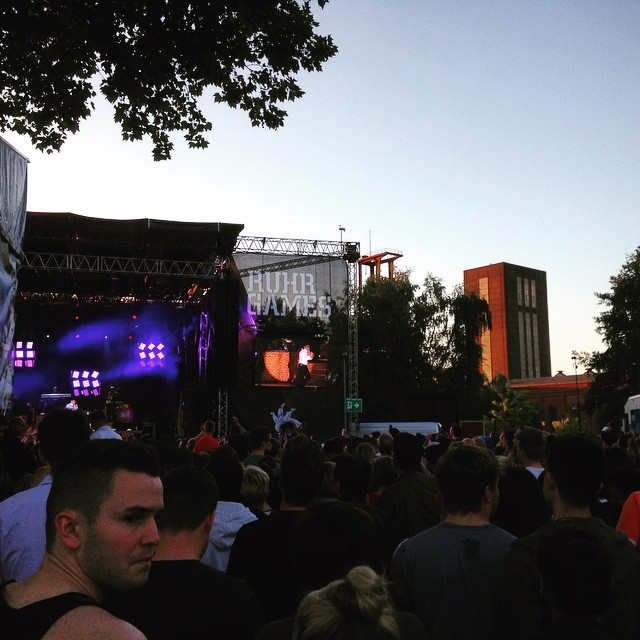 Also in June, I got my Apple Watch (finally!). I still find it useful and wear it every day, but it is not as indispensable as a smartphone. Of course I also got onto a train that month. this time my destination was Utrecht in the Netherlands where I attended the face-2-face meetup of the AutoWCAG CG. I again collected user feedback sessions on the How to Meet WCAG 2.0 redesign. Afterwards another train ride brought us to my home town for a few days where we also attended Everyman, a reinterpretation of the classic play in a rock-opera style with support of the there-local band Vanden Plas. I can’t recommend seeing this enough. !Everyman at Pfalztheater Kaiserslautern Photo by @screenorigami.[/caption] ## July–August

The month of the Sankt Peter Ording and Wacken Open Air vacation in a camper came. Luckily I have already blogged about this muddy mess, so no need to repeat that here. Shortly after coming back from the vacation, the annual Turock Open Air was in full swing. I think we only attended the Sunday because we had to harvest our field that was neglected while we were away. The week after that another short-range trip to Hamm where we stayed in the vegan hotel next to the Kurpark, where we got to watch the reggae night featuring Gentleman and _Jahcoustix._For me, that was a welcome change to the whole Metal this year. 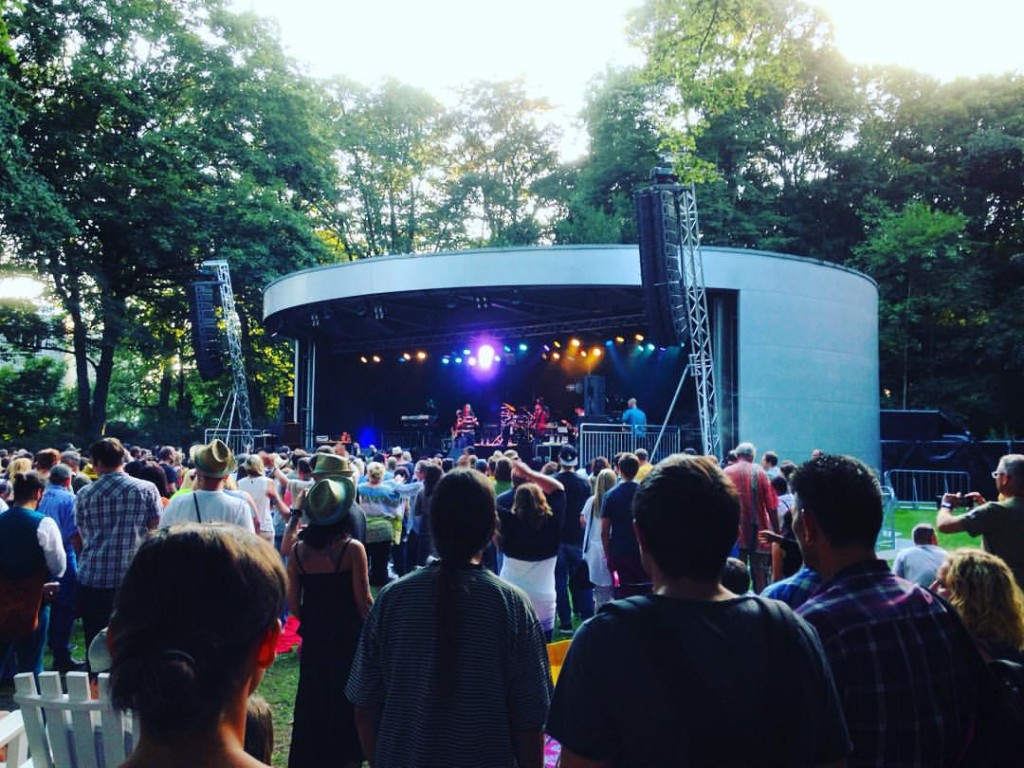 In early September I attended the NightlyBuild conference which had a few interesting talks. 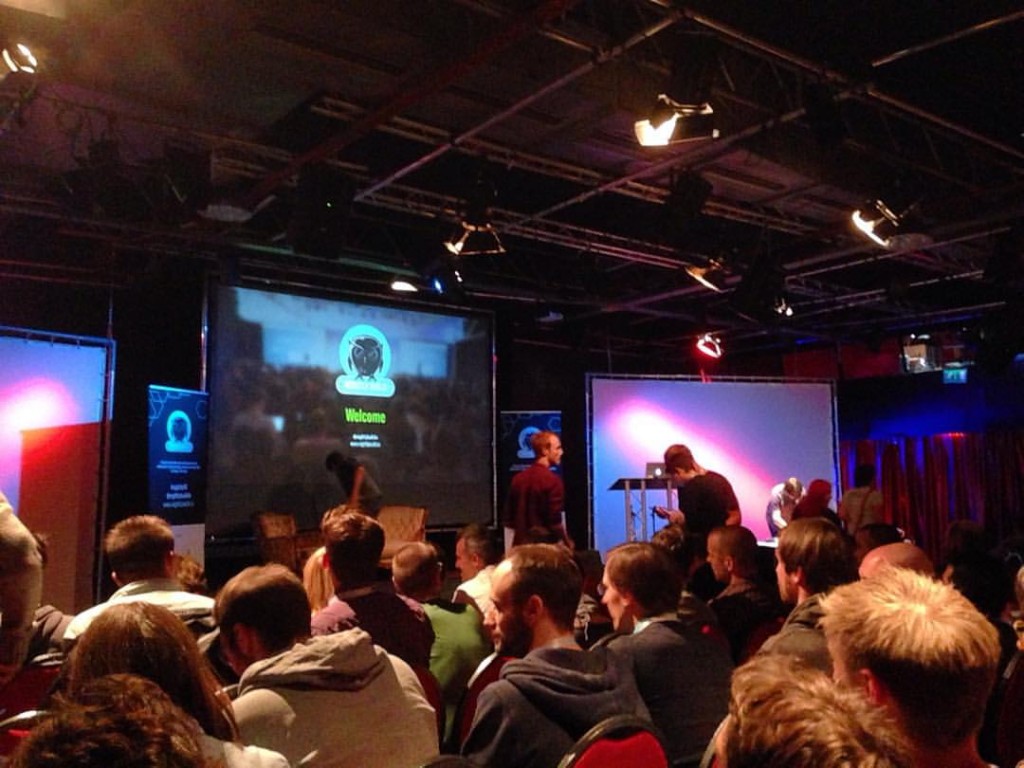 The day before speaking at A-Tag in Vienna, we had planned to attend a concert in Hamburg, so I took Thursday evening off and we traveled to Hamburg, had a look at the Speicherstadt and then attended a concert of the band Eclipse. It was totally worth the hassle to take the really early flight to Vienna the next morning. ## October

…or Fronteers month, as I prefer to call it. I did my usual talk at the Jam session and attended two extraordinary great days of talks in the main conference. The week after Fronteers, I started going to the gym and do exercises. I am still rolling with it although a medical annoyance has forced me to pause my efforts over the holiday break. 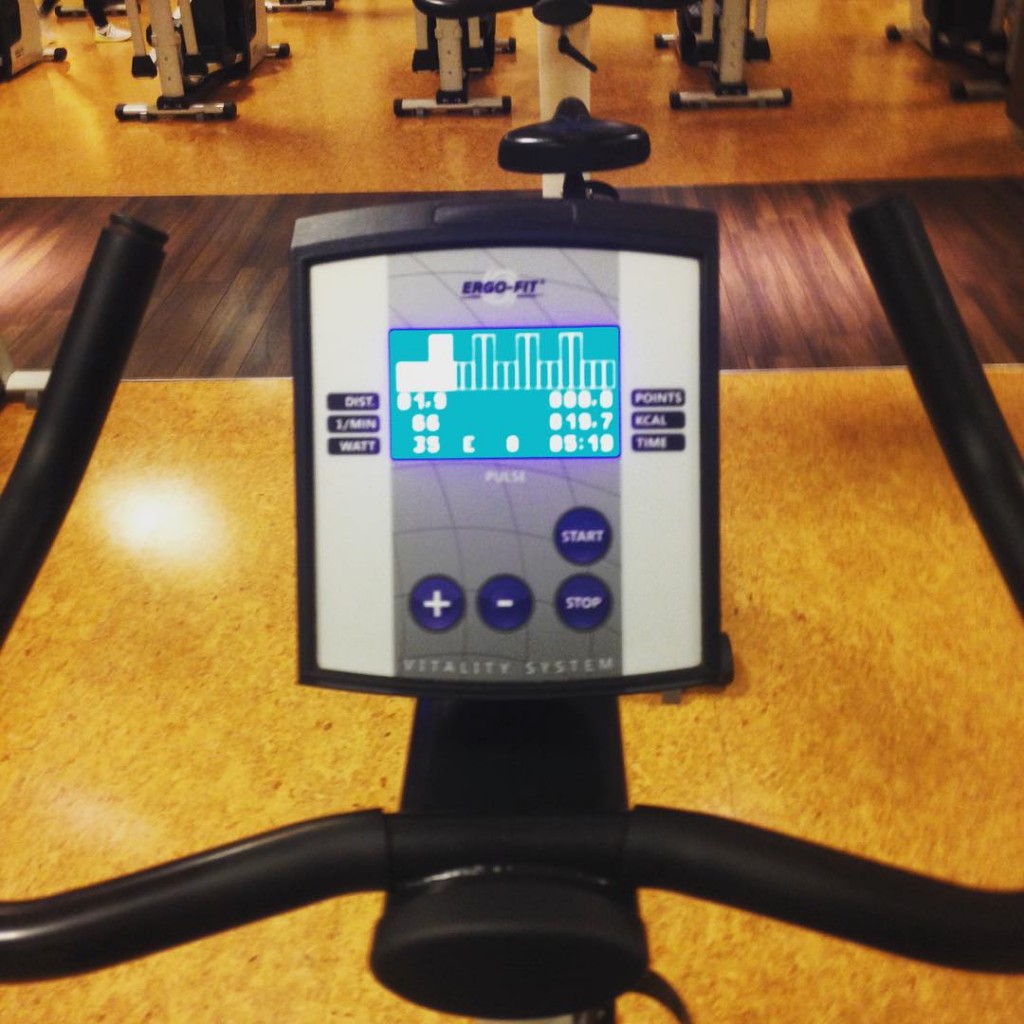 In the same week, we hit the Turock again to attend the concert of The Poodles. The concert was so great that we decided to attend the concert the following day in Cologne. The venue was also a bit smaller and thus the whole concert more intimate. On October 21st there was a showing of all three Back to the Future movies in the historic local cinema called Lichtburg which we attended, it was lots of fun and I enjoyed seeing all three back to back. The cinema also hired someone who parked a historic DeLorean in front of the cinema: 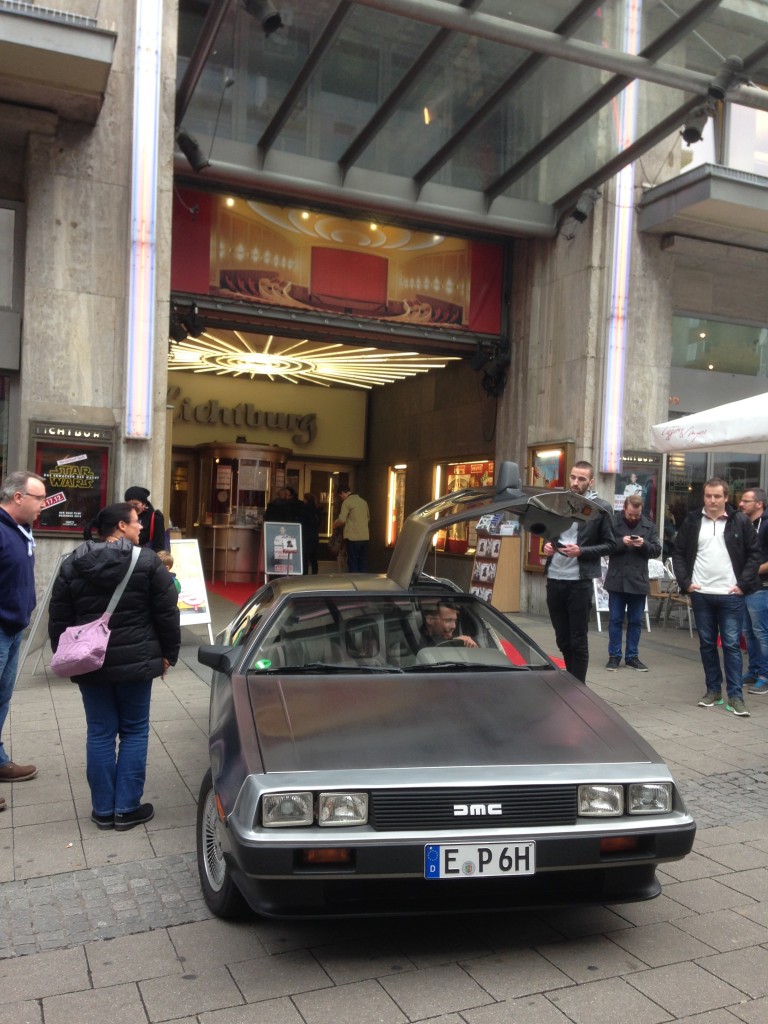 As my working groups did not meet, there was no need for me to travel all the way to Sapporo, Japan to meet my colleagues, which was a bummer, but honestly, I was traveling enough that year anyway… Instead we went to Bochum to see Eric Martin of Mr. Big play a nice solo concert. ## November

We attended a show of the very entertaining comedian Willy Astor in Cologne, and watched James Bond: Spectre in the aforementioned Lichtburg cinema. I flew to Graz, Austria (and back) to speak at UX Day Graz, which was a very well organized event with great speakers. I can’t recommend it enough. 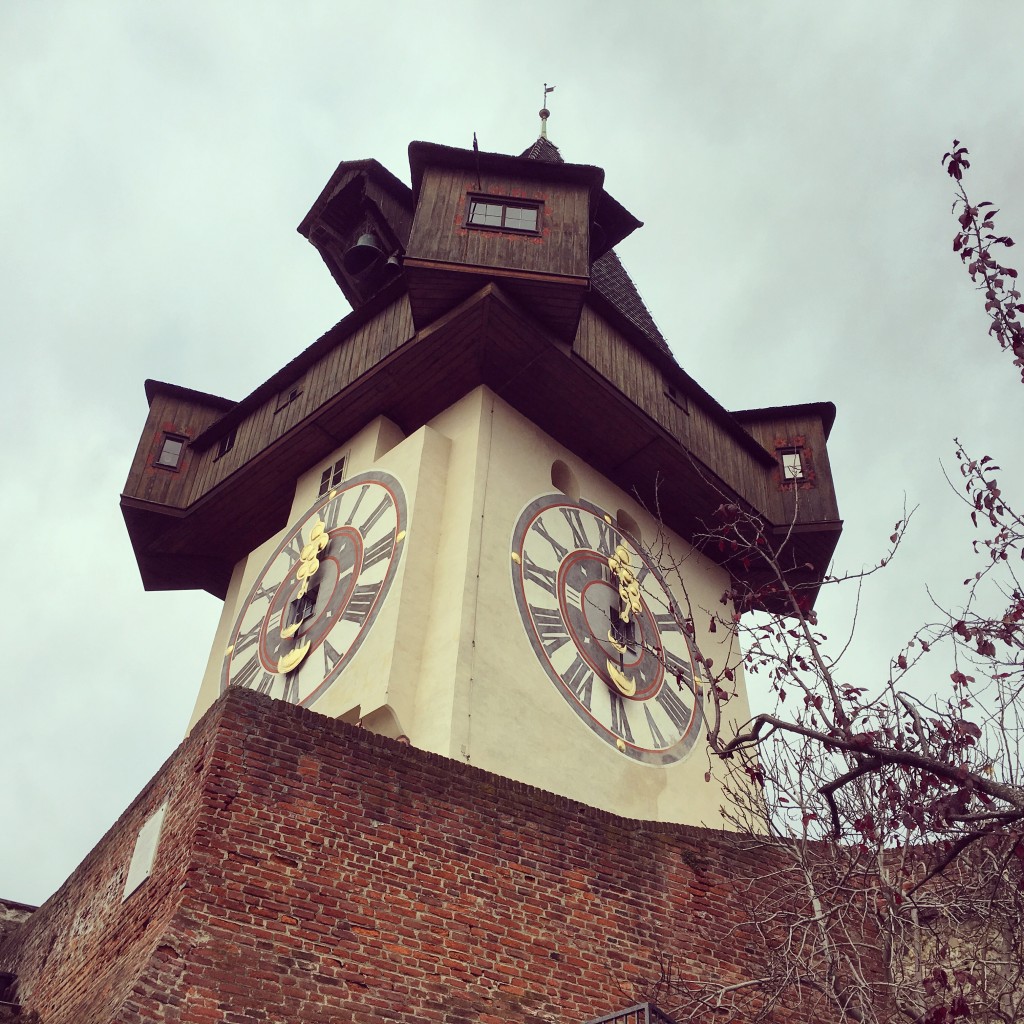 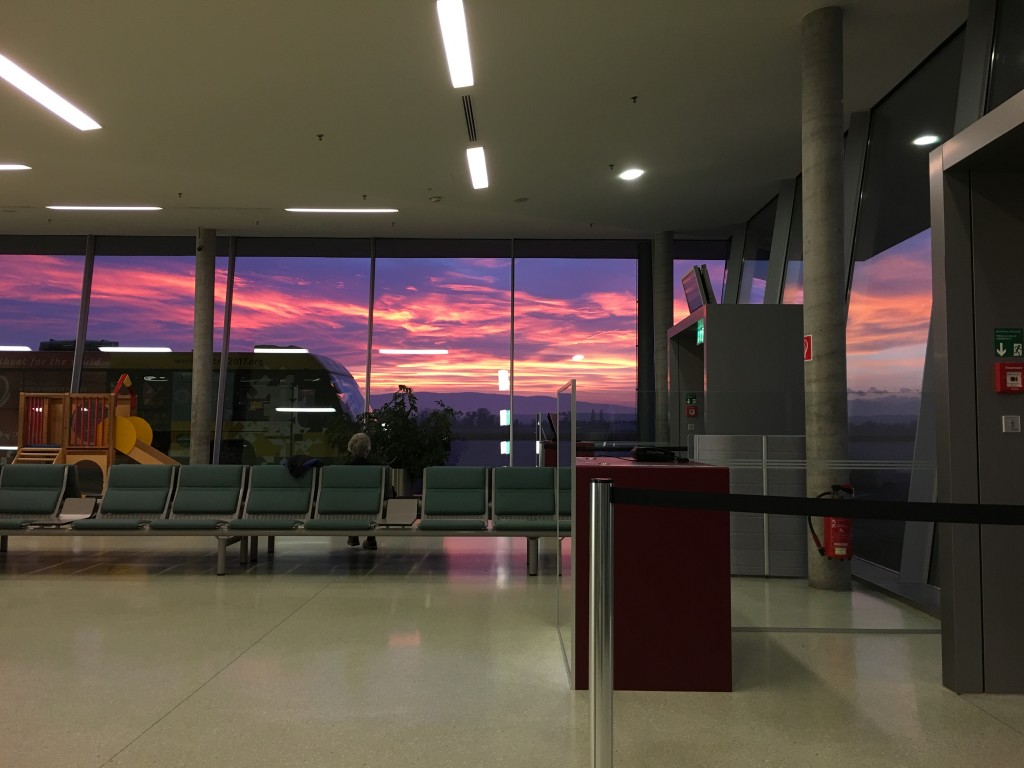 Then I flew to Vienna (and back) to speak at DrupalCamp Vienna 2015, which was also a very good event with a very diverse audience and very diverse speakers. I also took the opportunity to visit my colleague Shadi and talk face to face about work. Somewhere in between I celebrated my birthday… 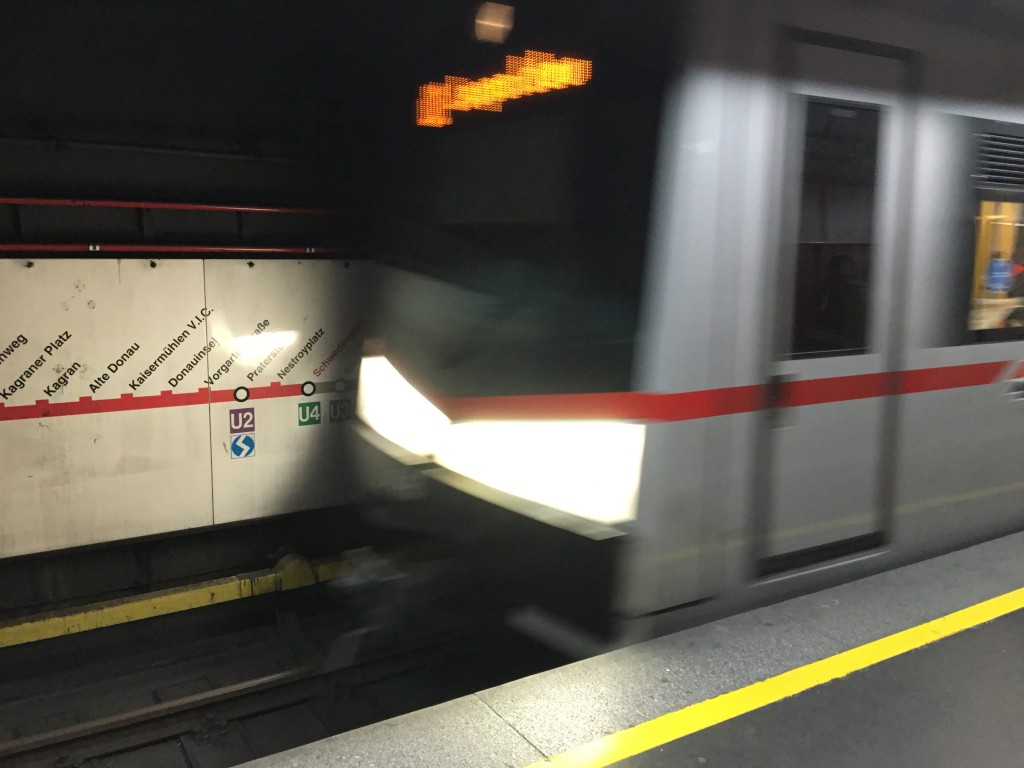 December was rather uneventful, I made it through without travel of any kind. I was published in the 24ways and Webkrauts advent calendars which made me quite happy. Of course we watched Star Wars: The Force Awakens. We also took advantage of the good weather over the holidays and hiked a lot through the sun. 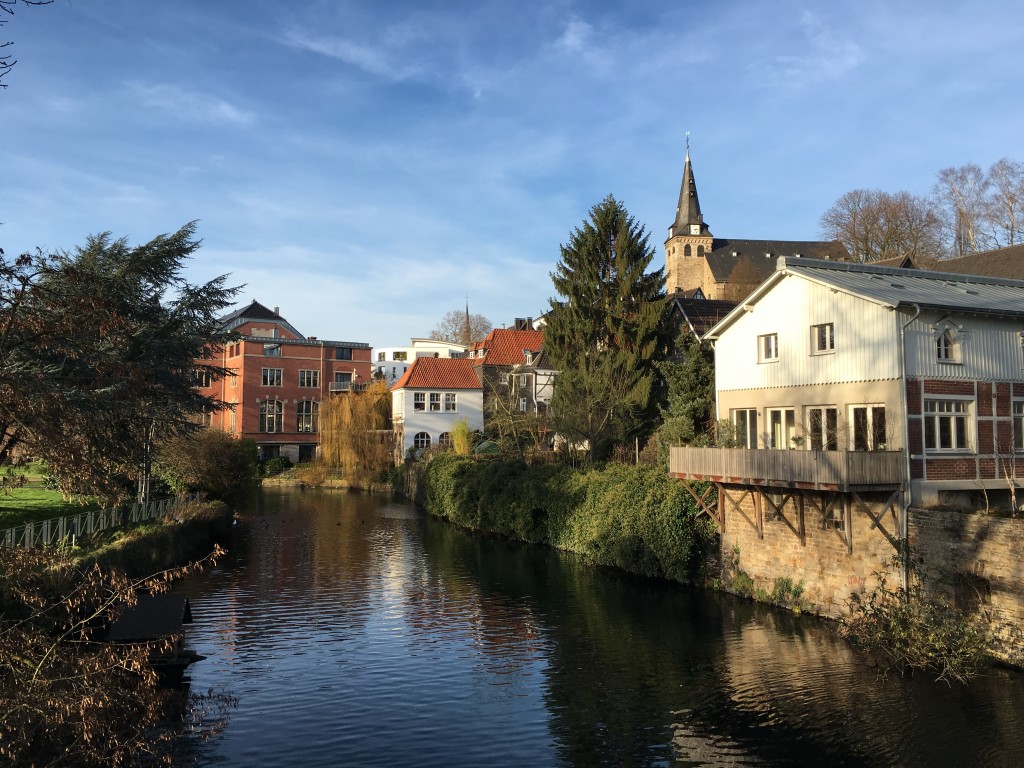 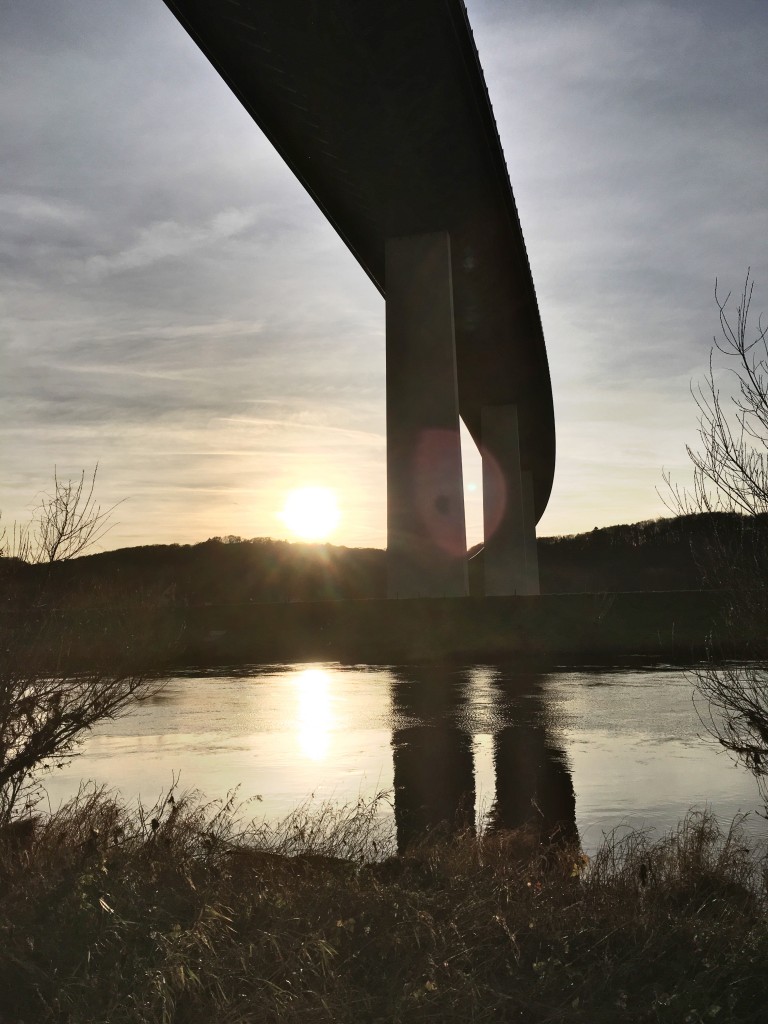 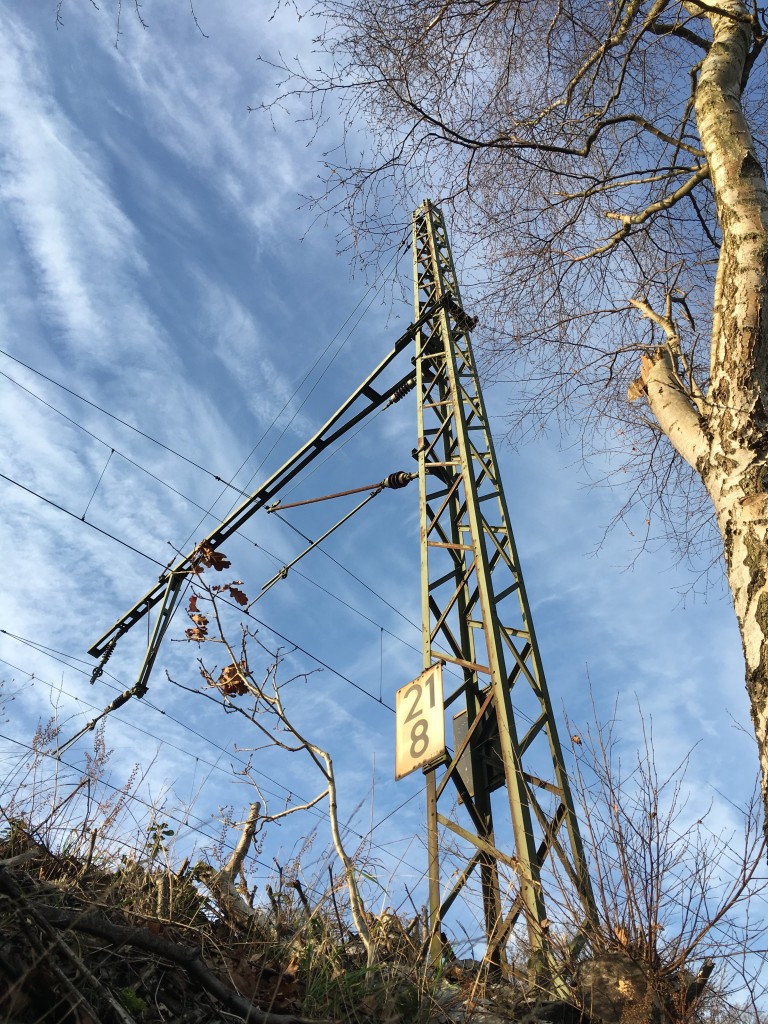 We also played the Thrash’n Roll board game, which has been tremendous fun. 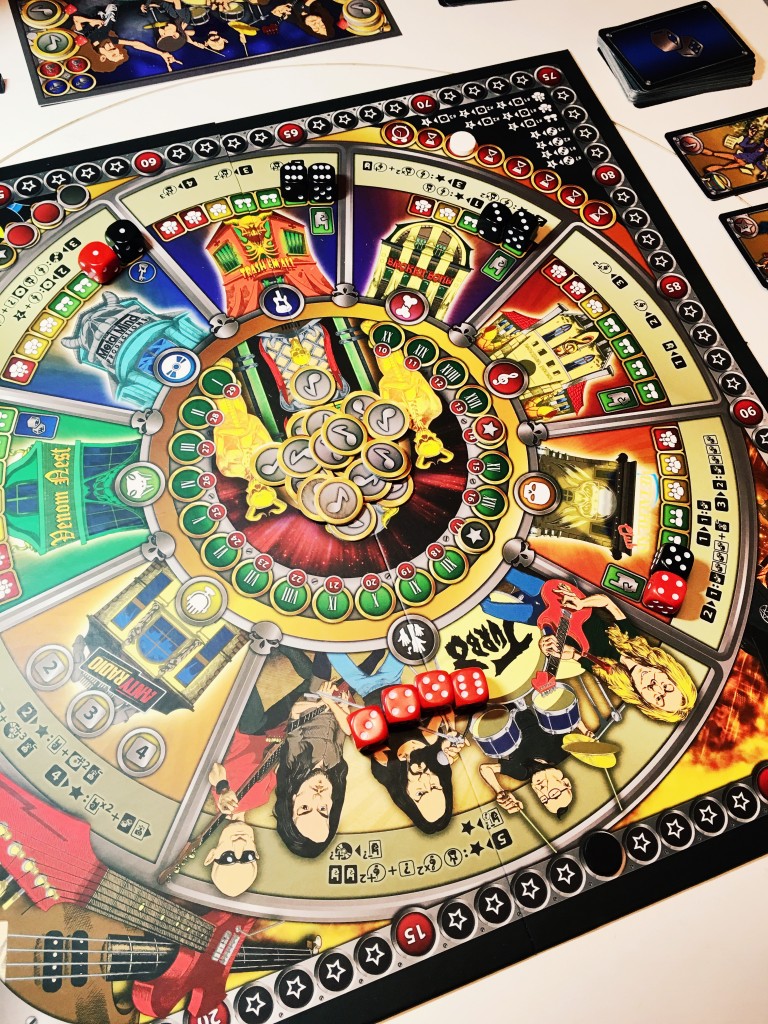 I have the feeling that I have forgotten to mention so many of the little things that happened. 2015 was a really dense year but it was totally worth it. Let’s see what 2016 brings.