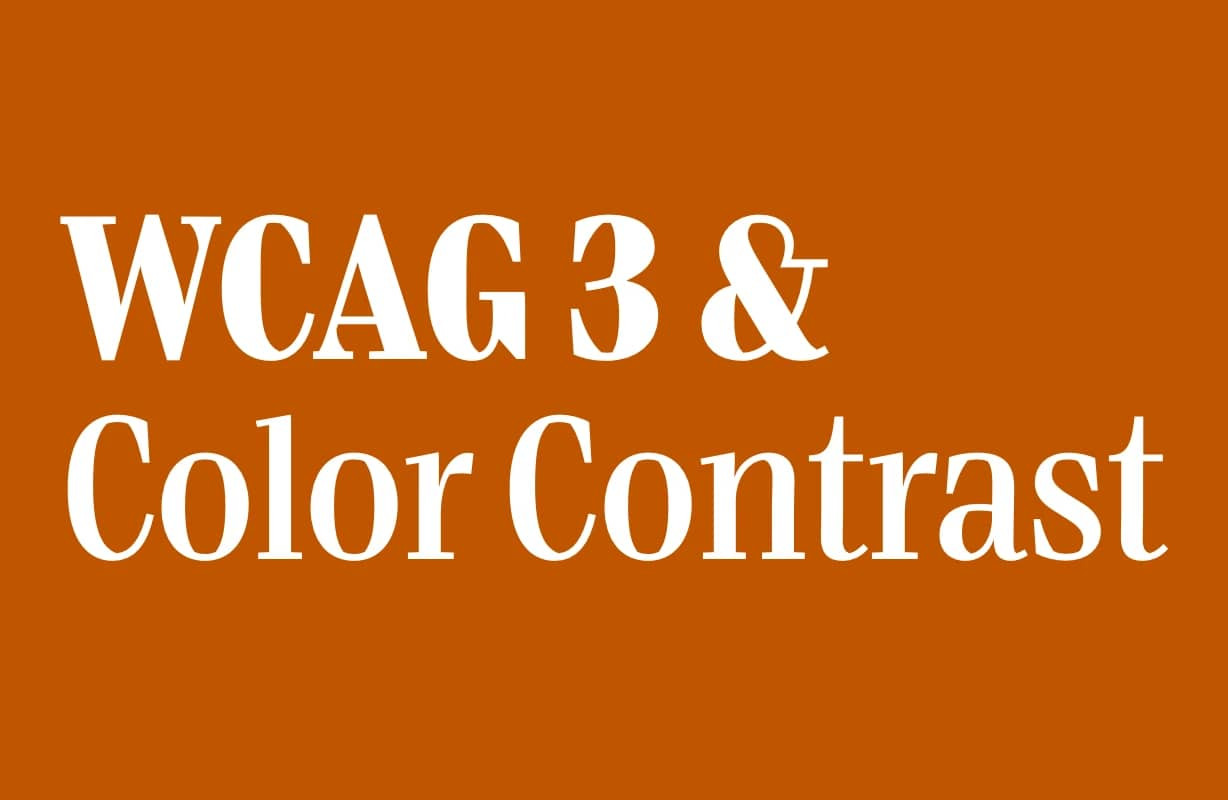 In the last couple of weeks, more and more people point at the WCAG 3.0 Working Draft and recommend the adoption of aspects from it that suit their needs, despite the draft clearly stating (emphasis theirs):

These are early drafts of guidelines included to serve as initial examples. They are used to illustrate what WCAG 3.0 could look like and to test the process of writing content. These guideline drafts should not be considered as final content of WCAG 3.0. They are included to show how the structure would work.

W3C Working Groups publish drafts to allow the public and W3C members to give feedback. They are explicitly not meant as a recommendation or even as advice. To quote from the W3C process document (emphasis mine):

Working Drafts do not necessarily represent a consensus of the Working Group with respect to their content, and do not imply any endorsement by W3C or its members beyond agreement to work on a general area of technology.
[…]
A Working Draft is suitable for gathering wide review prior to advancing to the next stage of maturity.

What’s the issue with being an early adopter?

In general, web technologies are very good citizens to early adopters like me: They usually come with suitable fallbacks that allow you to use, for example, animations and transitions in 2009 with the fallback of no animation for browsers without support.

With guidelines like WCAG 2.1 and 2.2 (to be released later), the same approach is true. If you use WCAG 2.2 Success Criteria now, the Guidelines are built to be backwards compatible. So you will never break a 2.0 or 2.1 audit by using it.

But WCAG 3 breaks backwards compatibility. This is a conscious move to better adapt the standard to serve different disabilities which WCAG 2 did not sufficiently cover, due to its structure.

That means that WCAG 3 will probably have a different scoring system that does not necessarily overlap with WCAG 2. As far as I know – and my involvement was some time ago – the current plan is to make sure all WCAG 2 conforming pages conform to WCAG 3, too, in some form. They will not in reverse.

So, what about that “new color contrast algorithm”, then?

These are all good arguments to change to a new way of measuring contrast, especially as APCA also promises to give designers more color choice. However:

This reads much more complicated to me, compared to the current way of using colors. It is probably more exact, but it trades off clarity. Designers might get to use orange and white, but there is an additional effort on how complicated it is to evaluate and describe accessible designs.

That trade-off might be totally worth it, but there are many questions that need to be answered between now and then.

So, should you use APCA?

The answer is two-fold:

WCAG 3 and the consensus process will probably mean that it takes another 3–5 years until WCAG 3 sees any release. And then WCAG 2 will be still enshrined into a lot of laws and policies. After all, WCAG 3 is a huge monolith of a specification, and the structure that the Working Group wants to use is very complex. You can read about it in the WCAG 3 explainer.

In the meantime, WCAG 2 is there for you. Is it perfect? No. Is the luminosity contrast flawed? Pretty sure. But that should encourage us to take the time to make sure that we don’t make similar choices in WCAG 3. As I have outlined previously on this very blog, I don’t think WCAG 3 is necessary the silver bullet that we think it is.

What is the way forward?

I think exploring APCA and how it works with your particular color needs is a good first step, and the Accessibility Guidelines Working Group probably welcomes that feedback. If you use it, be aware that you might not conform to WCAG 2, and you cannot conform to WCAG 3 (as that does not exist yet).

Additionally, it gives accessibility a bad reputation: “You can’t even agree on what colors we should use. Accessibility makes everything more complicated!”. This already is a common sentiment, and speculating what the future might be, based on an early working draft, will not help with it.

In an alternate universe, we would have a modular WCAG (similar to what CSS is doing) where every two years or so we package up new success criteria into a new version. It would have allowed different speeds for different SCs, and in this case, we might have a better understanding on what the way forward would be. And if our rating or evaluation guideline would change, the next version of that Success Criterion could address it.

That said, it is so easy to think in these inconsequential hypotheticals. The W3C consensus is that WCAG 2.2 is published some time next year. WCAG 3 follows when it’s done. It’s a long process, and we need to make sure all our i’s are dotted and the t’s are crossed. Let’s just make sure we don’t get ahead of ourselves and create confusion.

Did you like this article? Support my independent work with just €5/month.

Maybe the article did not make that clear: If you use a color that has enough contrast to the algorithm specified in WCAG 2 and the one that is maybe coming in the future, that is great, and it will give your color combination a certain longevity.

Combining both means cutting off obviously hard to read color combinations that are allowed under WCAG 2 while not venturing out of the color space WCAG 2 has inhabited. That means you raise your level of accessibility beyond the minimal requirements of WCAG 2. And that is awesome.

♻️
Comments were disabled on this page.